Almost always there is exciting occasions happening at House of Blues, whether within the music hall, in Crossroads or high atop the legendary Foundation Room. This Labor Day Weekend is loaded with four days of special events starting off with a celebration of Bourbon Heritage Month and including celebrity and athlete appearances, and live music performances through the weekend.

Saturday, September 5
Roger Clyne & The Peacemakers in House of Blues Music Hall
8 p.m. doors
21+
Arizona-based Roger Clyne & The Peacemakers have released six consecutive albums that have debuted in the top 10 on Billboard’s Internet Sales chart, the first independent band to ever accomplish that feat. Two of those albums, 1999’s Honky Tonk Union and 2004’s ?Americano!, debuted at No. 1. That streak of creating timeless rock music continues with RCPM’s most recent studio album, Unida Cantina. In addition to Circus Mexicus (a musical festival RCPM’s created in Rocky Point, Mexico boasting attendees from more than 32 states and seven countries) and their headline shows, RCPM have opened for Dierks Bentley, John Fogerty, Willie Nelson, Barenaked Ladies, Live, Blues Traveler, Sammy Hagar and Kid Rock, among others. Clyne enjoyed an accomplished stint with The Refreshments, a late-90s rock band whose cult-classic album Fizzy, Fuzzy, Big & Buzzy produced the hit singles “Banditos” and “Down Together.” Clyne also wrote and performed the theme song for FOX’s animated hit “King of The Hill.” 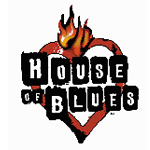