Las Vegas native and NASCAR Xfinity Series driver Spencer Gallagher, and Camping World Truck Series drivers Justin Haley and Dalton Sargeant were spotted attending the hit show ABSINTHE at Caesars Palace on Wednesday, February 28. Enjoying a night off ahead of race weekend at Las Vegas Motor Speedway, the GMS Racing teammates were seen taking in ABSINTHE’s outlandish acts and hilarious antics during the 10 p.m. performance. Following the show, the trio met with The Gazillionaire for a photo and to express their enjoyment of the performance. 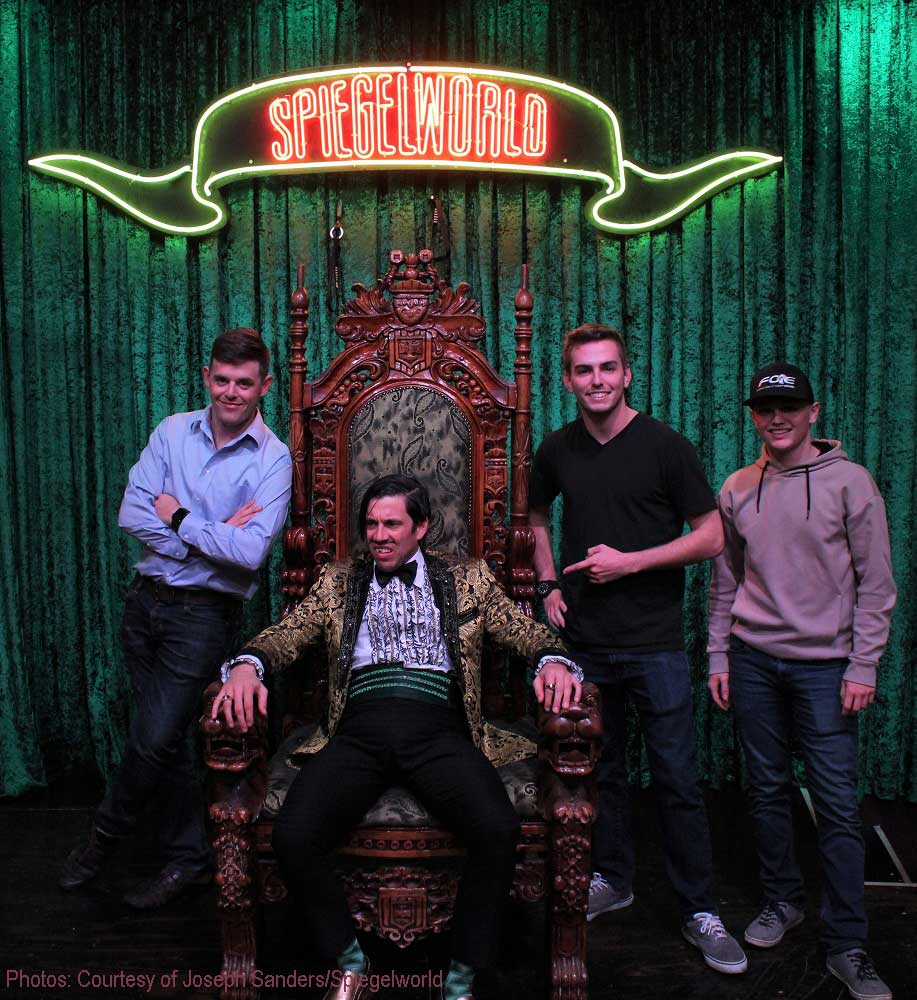